Eventyr Pakke connects the Copenhagen library and historical places through an interactive story created by kids.

The project revolves around a backpack to be rented out at the library same as any book. The content of the backpack would introduce a story around the parrot ‘Papaya’ – inhabitant of the Botanical Garden. The interactive experience starts out with a book, and continues its path through an audiobook at different stations in the garden. Each part of the story reacts on the immediate environment at each station, and puts emphasis on imagination and playful learning.

In partnership with the Copenhagen Library over the course of three weeks a concept was developed that supports interactive knowledge exchange and expands the overall service of the library. The brief was geared towards families with young children – specifically focusing on the question ‘How can families get smarter together?’.

During the first week the initial brief was discussed and deconstructed in order to redefine the research objective. The final question was: ‘How do families with preschool children learn and teach together?’

Rephrasing helped to specifically determine the target group and elaborated further on what ‘getting smarter’ actually would imply in terms of education within families. A research strategy was developed to further identify opportunity spaces and prepare for the following in-depth interviews.

The second week was dedicated to the first iteration of interviews accompanied by more ad-hoc research methods in the field. The focus was on three multinational families to gain deeper understanding about family life in general, education, and the perception of the library. Furthermore, spontaneous guerrilla research sessions at locations such as the Nørrebro Library, the Absalon Kirke, and various playgrounds across the city of Copenhagen helped to gain additional data. 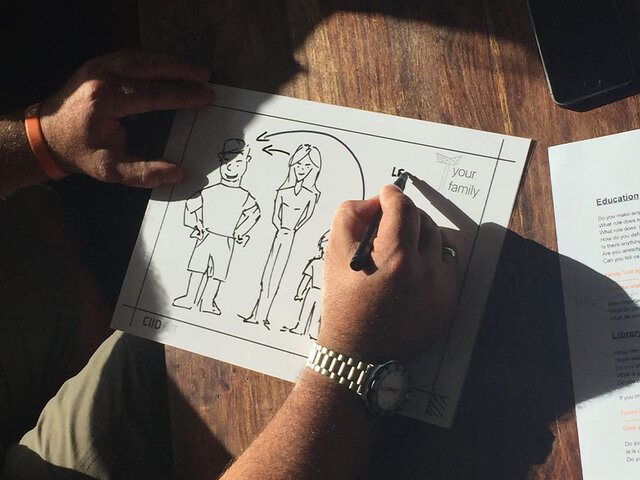 In order to facilitate deeper reflection various research tools were brought into the conversation. For example, each interviewee was encouraged to sketch their family structures and respective relationships in terms of learning and teaching in between family members to get an understanding of prevailing hierarchies and exchange of intellectual capital. Furthermore, an empty floor plan let parents draw their own vision of the future library. Spontaneous talks in the field allowed for further examination upon the value of teaching and learning within families – investigating in particular the child’s capacity to teach her/his parents. 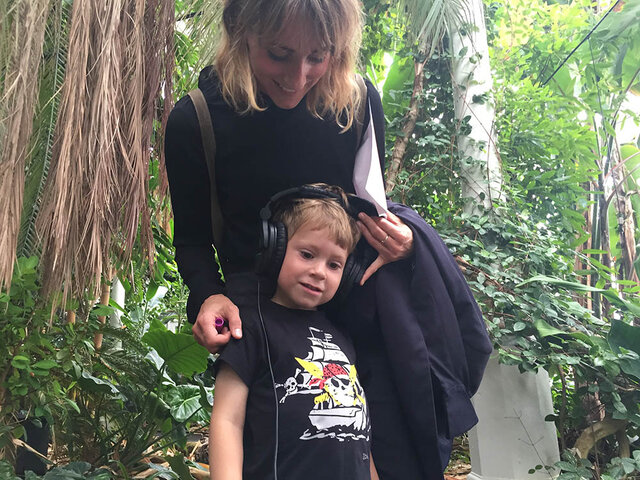 1. Languages
Copenhagen is identified as a favourable place for multinational families. While fulfilling the need of raising their children multilingual, these families develop strong cultural capital together with their children to pass on.
“Language can be the main barrier to integrate, there is no choice for these generations to not be multilingual.”
– Raffaela, Italian mother living and working in Denmark, one child

2. Multicultural identity
Various existing traditions and customs within multinational families can create tensions in terms of social behaviours. By benefitting from an open and honest relationship towards their different origins parents seek to support flexibility and cross-cultural living of their children for the future.
“Spanish is a very polite language – we use a lot of “please” and “thank you”, it is feels very different being in Denmark.”
– Fabrizio, Peruvian father and husband of Danish Maria, two children

3. Kindergarten’s role in becoming a social citizen
Kindergartens have a fundamental role in children’s social imprinting. Both private and public daycare leverage ‘play’ and social interaction as important element in the upbringing of preschool children. Library spaces align with these values.
”Libraries are indoor playgrounds and places of encounter, they give a lot of space for mutual and individual learning, both for us and the children.”
– Signe, Danish kindergarten worker

4. Multifunctional space library
Libraries need to be aware of their role as protected place of integration, where for example non-danish families can occupy their children while following their acute life concerns such as learning a new language.
“If you have a kid and neither silence at home nor time to attend language school, the only place I can learn danish is the library.”
– Nahleh Aziz, Iraqi-Iranian mother

5. Digital fear
Parents recognise the problems that come with the use of digital devices for children. However, time spent in front of screens and the progressing digitalisation are acknowledged as inevitable part of the technological development.
“The kid has too much energy in his body to spent time in front of the screen.”
– Martha, Portuguese single mother, one child

Coming from the concerns towards the usage of digital devices which many parents shared, the constraint that the final outcome should not use any screens was added. So the main question was: ‘How might we design a platform of partnerships that expand the traditional offering of libraries in order to foster learning by exploration?’

Several experience prototypes, helped to test different ways of connecting the service of the library to other experiences of educational value such as the Botanical Garden. For example, a mobile book outlet was created using a Christiania Bike to give away books supplemented with fictive entrance tickets for entertainment places such as the Blue Planet. In addition, small scavenger hunts inside the Botanical Garden were conducted to test playful ways of book acquisition.

Fostering imagination and playful learning, huge posters and stickers were used to open up the palm house of the Botanical Garden for an interactive conversation with its visitors. Children and parents could question the space indicating their curiosity by labelling and posting stickers around the space. The conclusion which led to the final concept was, that places like the Botanical Garden indeed exhibit a deep knowledge, but the underlying learnings are not sufficiently communicated. 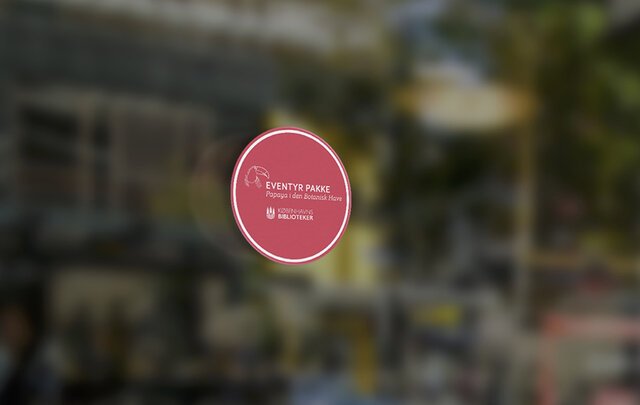 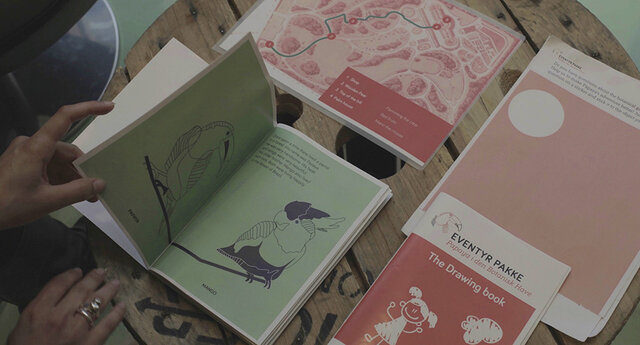 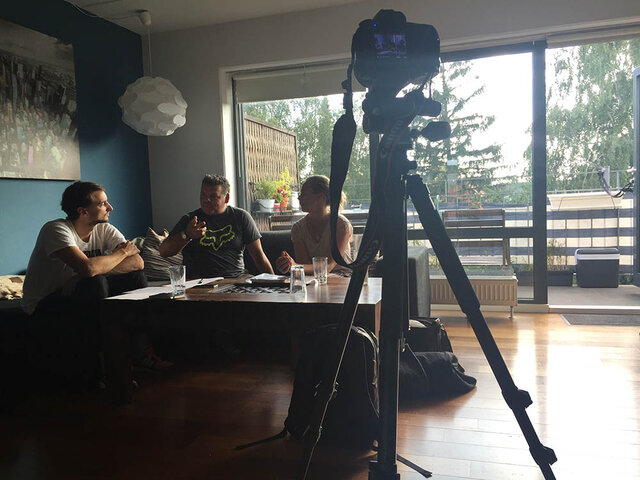 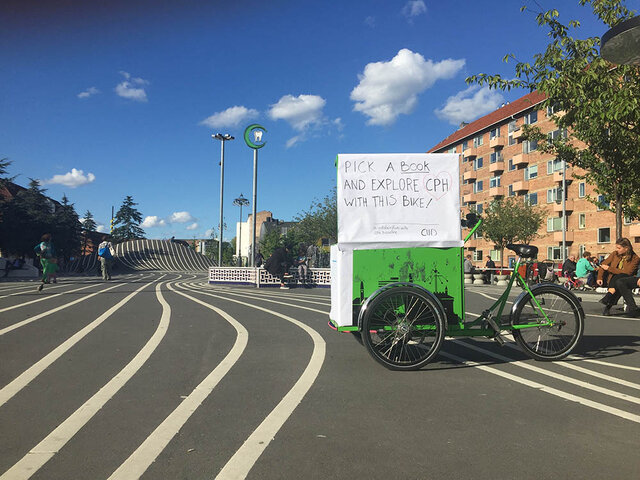 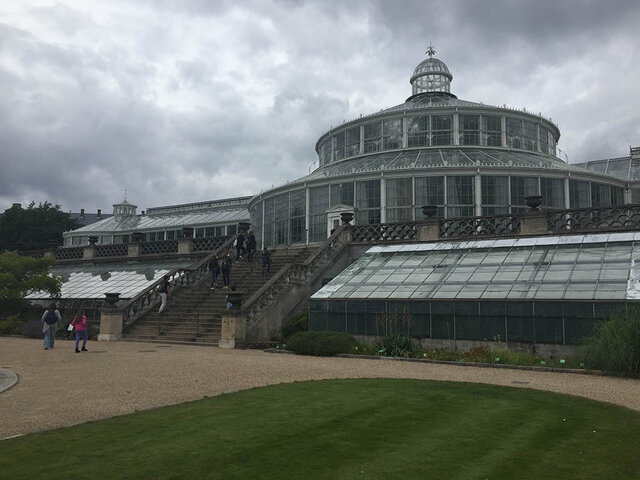 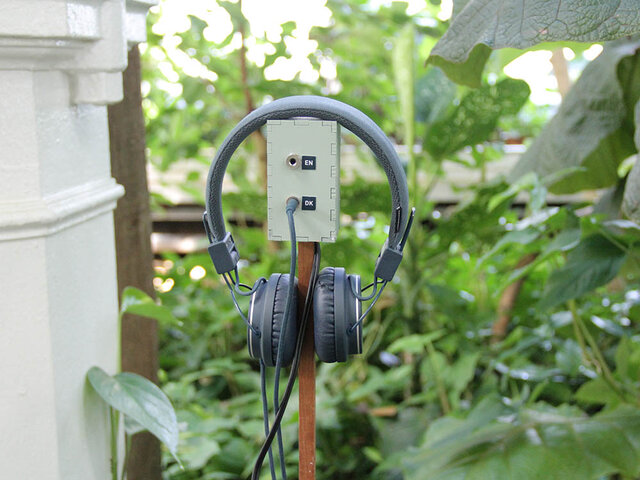 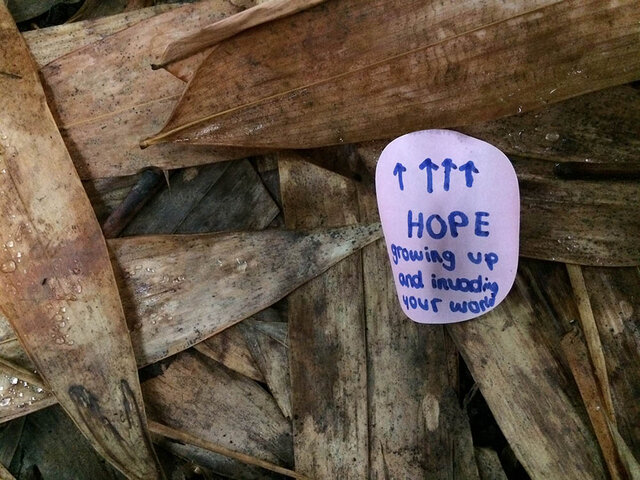