The highlight of the geometry experiments is the cd cover, which you can connect to a computer with an usb-cable to manipulate interactive graphics through a capacitive sensor. This is made possible by a Teensy microcontroller hidden in the case.

This experimental project should give examples how to manipulate computer-generated graphics with the help of different input sources. For example there is a microcontroller hidden in the cd cover which reads a capacitive sensor and manipulates the graphic based on how close a hand is near the cover.

The other two experiments use audio-analysis and a twitter-requests to generate infographics. This project is build with processing and arduino. 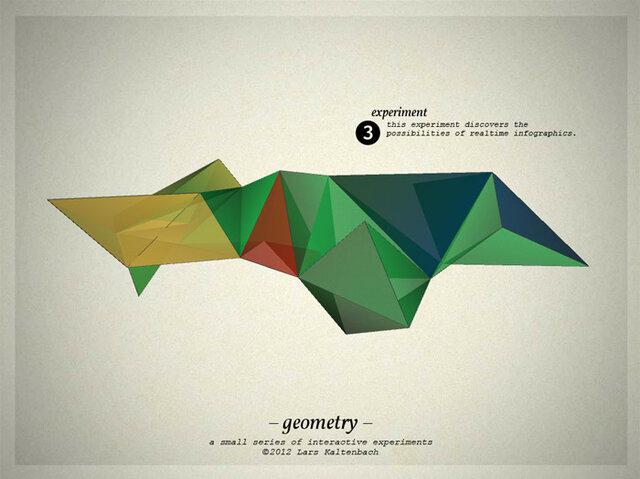 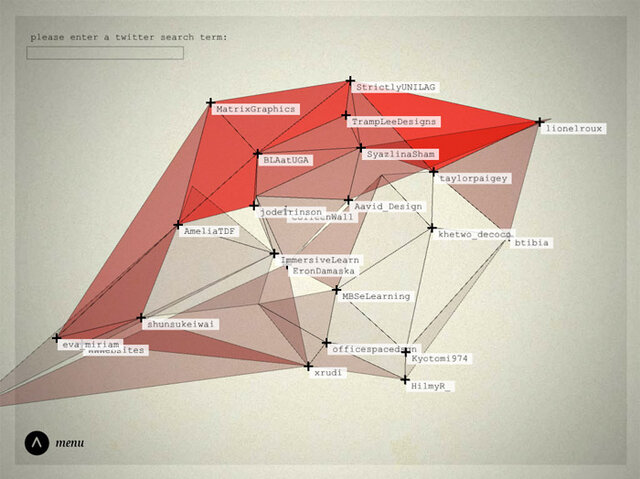