kitchen.bio is an educational prototyping tool for synthetic biology. 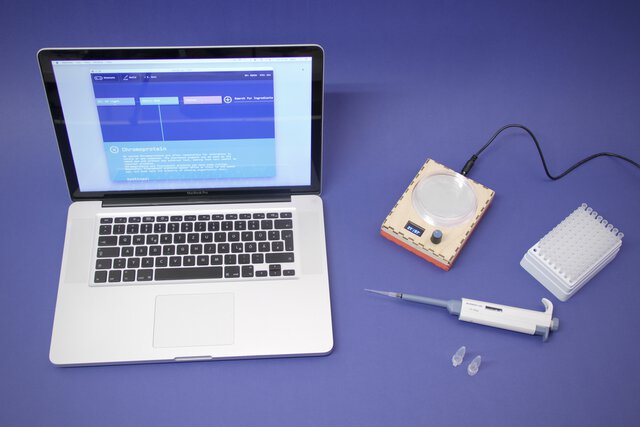 A software enables non-scientists to plan their own genetically modified organisms and gives step-by-step instructions on how to engineer them in the lab. Connected hardware makes it easy to grow and monitor the modified organisms.

New technologies for synthetic biology will change our environment and even ourselves in the coming years. kitchen.bio aims to open up the tools and the knowledge about genetic modification to a wider public, so that we can have a more objective discussion about opportunities and risks.

The main research objective was to figure out what problems non-scientists have when they try to get involved in synthetic biology. More than eight different in-depth interviews with experts and potential users led to three opportunity areas:

During an intense brainstorming session, it was discovered that the process of planning genetically modified organisms is similar to CAD software and programming. Furthermore, focusing on hands-on tools for synthetic biology seemed to be a good way to deepen the knowledge of the users. Many user tests and interviews helped to refine the final prototype from a broad concept to small interface details.

The final outcome consists of four prototypes which illustrate different touchpoints of the larger system:

Software
The software helps to design the functionality of an organism. Different inputs and outputs can be connected in a LEGO-like manner. When the desired functionality was tested in the build-in simulator and thus works, the outcome can be exported to the app.

App
The app is connected to the desktop software and displays a walk-through of the steps involved in engineering an organism in the actual lab. Simple recipes tell the user what fluids to order and what preparations to take. 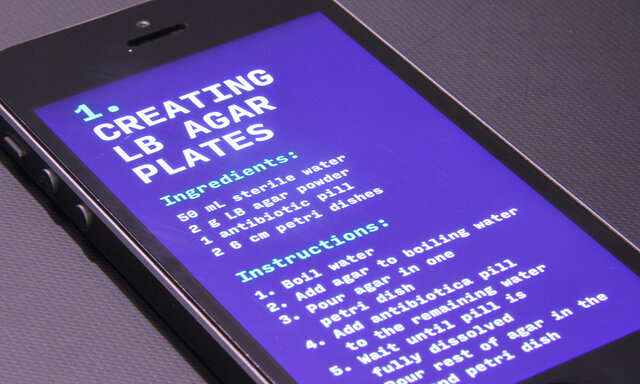 Hardware
A thermocycler is used to keep organisms growing at a constant temperature. But it is also used to heat shock bacteria – a process which makes the cell wall take in foreign DNA. The thermocycler can be connected to the app to find the right setting for the current step in the process. 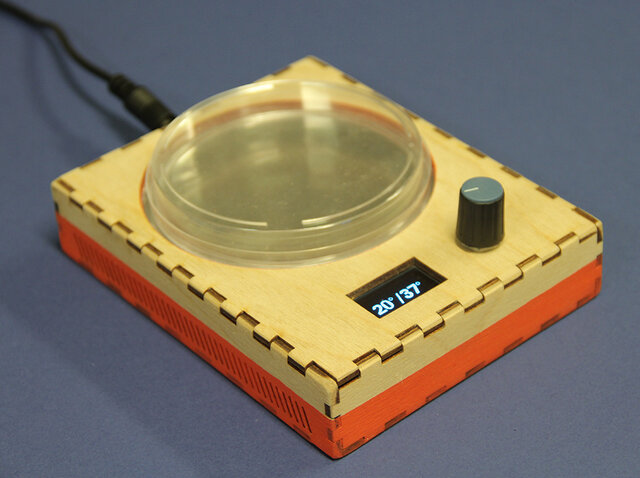 Bacteria
As a proof of concept an E. coli bacteria was modified to express a yellow protein which also reacts to UV light. 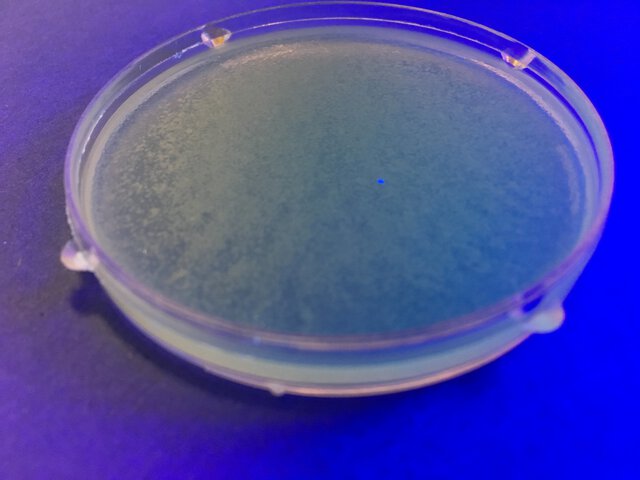 A few images of the prototypes: 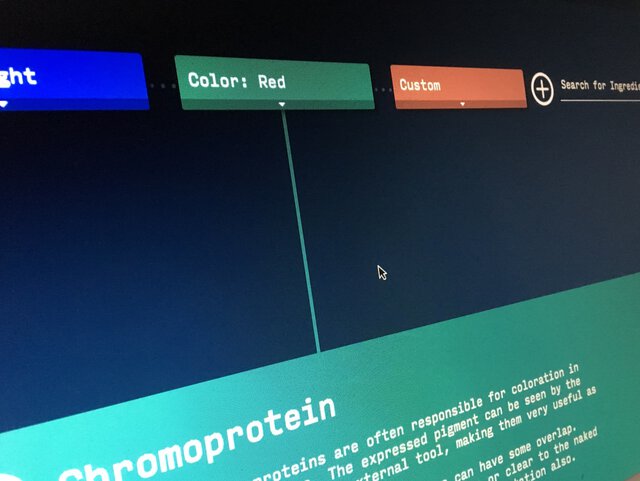 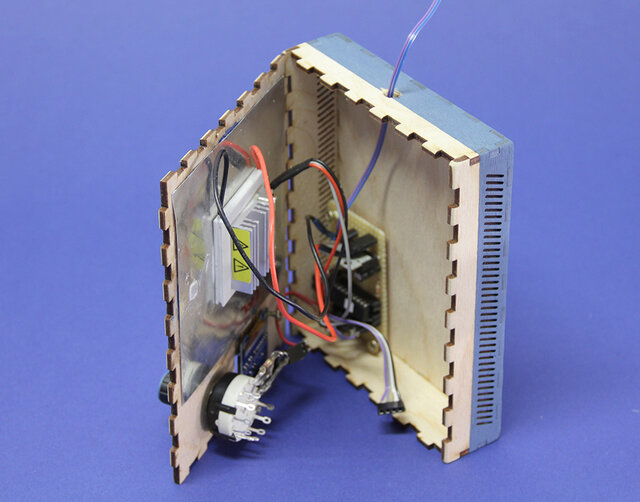 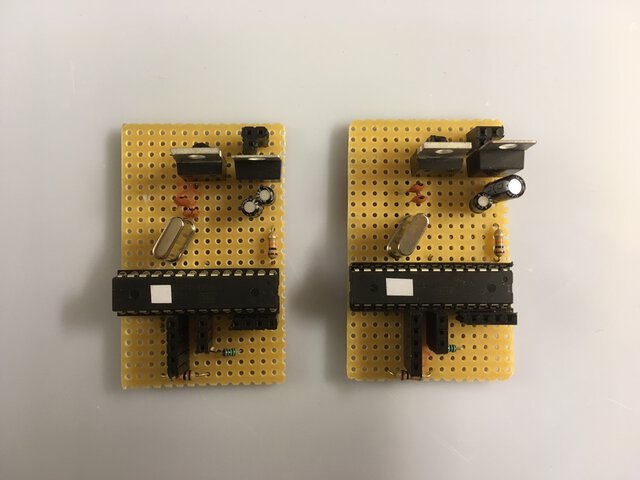 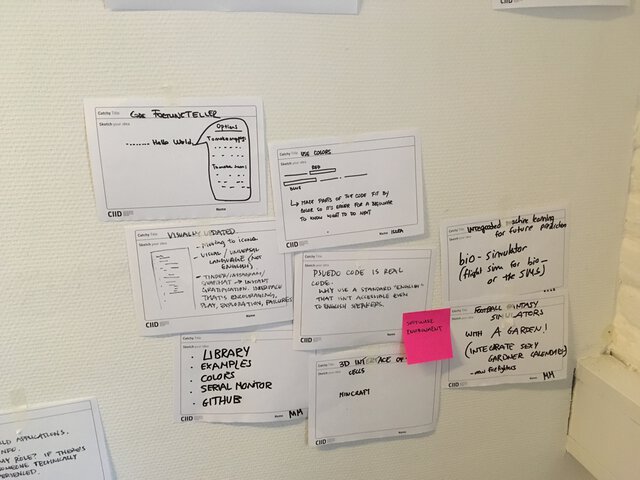 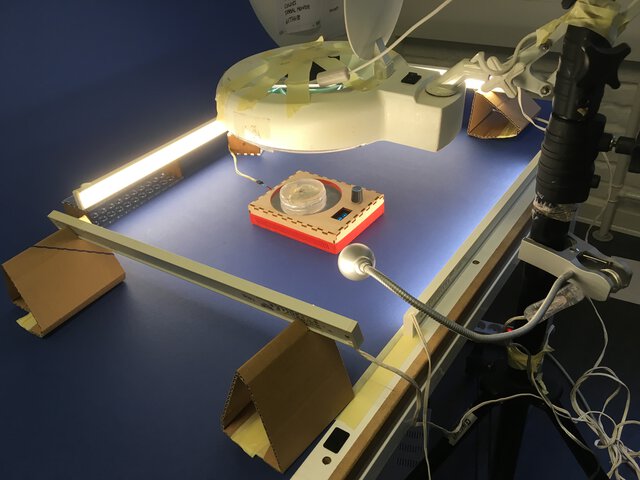 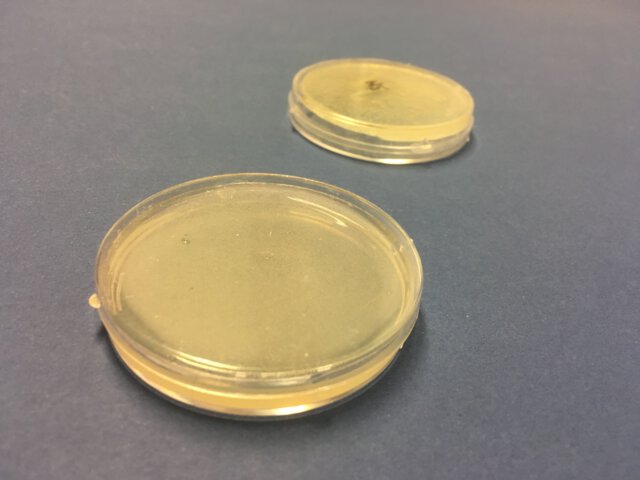